What it’s really like being a full-time Betfair trader 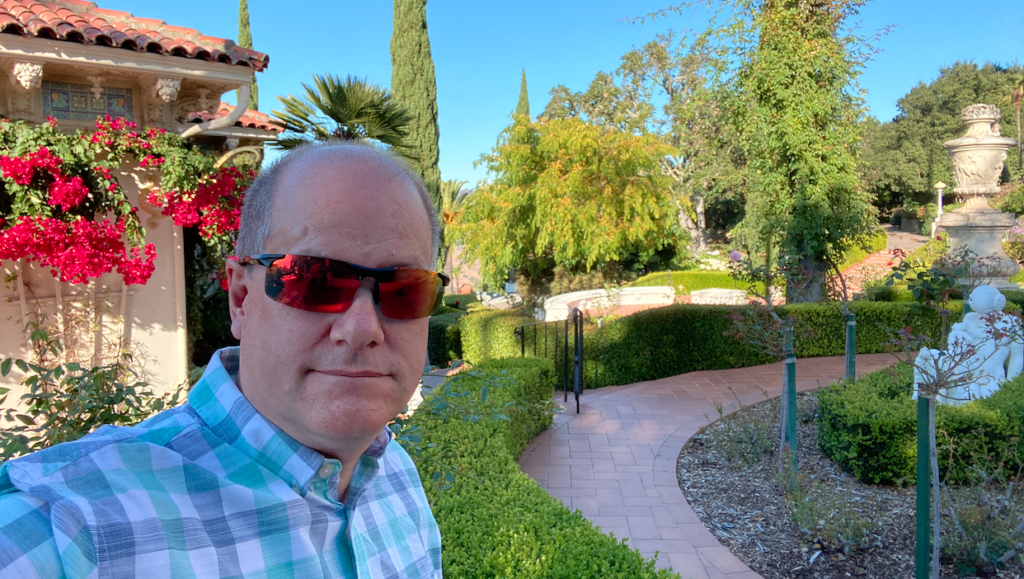 The idea of betting on sports for a living sounds really glamorous, doesn’t it?

Watch some footy, stick a few quid on it then nip down the marina for a quick run out on the gin palace. That’s often how professional gambling is often positioned, after all, all you need to do is pick a sport and pick a winner? I mean look at me in my villa soaking up the sun after winning a few quid.

Please note, this is said tongue in cheek and that picture is actually me taking a well earned break from trading! Not wafting out on the deck after a decent trade.

The reality of being a professional Betfair trader is, as normal, a little more complex.

If you really want to do this seriously, then you need to treat it, unfortunately, like a real job. That means lots of work, preparation and understanding that only if you put in the hours and work will you do a better job than others. In short, you can’t be good at something if you don’t want to graft a bit. Just like real life.

Everybody has differing expectations of what they would consider a success but this is one job you get a clearly defined measurement of success, your long term P&L. If you want to make money you HAVE to be better than others. That’s the long and short of it. The more effort you put in the more you are likely to get out.

One of the things I worked out pretty quickly when I started Betfair trading for a living, was that were going to have to be a sacrifice. It didn’t take long into my career to realise how important key events were and that most of the quality activity in sports took place at these events and over the weekend.

So very early on, I had to commit to ‘giving away’ Saturdays to pursue my dream of doing something really special. So I took that decision quickly, I would work Saturdays and take a day off on another day.

I spend a lot of time collecting data, cleansing and then interpreting it. This takes just as much time as actual trading. Data allows me to understand what has happened in a market. I can then progress to the next stage of why.

The last time I checked I had somewhere around 1.5m data sets on individual sports events. I’ve no doubt that’s higher now. If that sounds a lot, it’s because it is! But to put that into perspective in the last 20 years or so I’ve managed to trade roughly 300,000 markets. So that’s a fair ratio in comparison.

A lot of data I just collect automatically, whether I trade it or not. It gets carefully filed and while I may use some immediately, most of it is stored for later analysis or to do a deep dive at some point in the future. Data is the bedrock of what I do and just using it to review something that went right, or wrong, can help me make small incremental improvements in what I do.

Research extends way beyond a spreadsheet, however. Data often tells you what has happened, but it may not describe ‘why’ particularly well. Correlation with causation is where most data mining falls flat on its face. So I often go much deeper.

In a previous life, I had been heavily involved in retail and despite the transition from the storefront to the supplier side of the business, I would still turn up to product promotions at the weekend. I always felt that was an important part of my job and helped you see the reality of what you are ultimately trying to achieve. The best place to understand what is going on is to be right at the business end of what you do.

With that in mind, not only have I collected vast amounts of data on individual sports, I’ve also spent time with a professional in each sport I trade. When I wanted to understand how to race read I sought out jockeys and commentators. When I wanted to understand golf a bit better, I spoke and played a few rounds with some PGA professionals. I got really lucky when my Gym appointed a former ATP tennis coach one summer. All of these things helped me understand the sport a bit better and what I was looking for.

Of course, all this research isn’t particularly necessary for most people. Most people will happily trade in a small niche or at a lower level. But rather than an objective of just trying to be profitable, one of my key objectives when I set out, was to achieve something special.

Putting in all this work allows me to achieve that.

My day tends to follow a familiar pattern during the week, but weekends are an exception to the rule.

Each morning, the first thing I do is some exercise. I was very sporty when I was young and still take pride in, trying, to keep fit. I’ll do something every day even if it’s a brisk walk. But my favourite activity is mountain biking. I currently live where I do because it’s near all the things I need, but also being semi-rural I’m near loads of great tracks and suitable hills. Within a few minutes of getting on my bike, I’m in a forest or climbing up or bombing down a hill.

Because I often work well into the evening, I tend to start mid to late morning each day. If I didn’t do this I would end up working incredible hours. Despite trying to start late, some days I need to be behind my desk early, so I can have days that stretch from early hours to 10pm. I clock up some huge hours and because of that I hardly watch any TV, apart from the sport of course!

During major sports events and at the weekends, all that schedule changes and while I will still fit in some exercise, everything else goes out the window as I focus on the opportunity at hand.

On a Tuesday I typically have my rest day. I do as little as I can to get through the day, but will trade and I’m actively alert to any useful opportunities. Some major events start or take place on a Tuesday, so I’ll switch schedules to focus on that on those occasions.

As we approach Wednesday my activity starts to pick up and I start trading seriously. It’s a similar approach to Thursday’s and as some sports events get moving on a Wednesday and Golf tournaments tend to start on a Thursday, so it starts to get really busy on the trading front on these two days.

By Friday everything is in full gear and I’m rapidly heading towards the weekend and I should be firing on all cylinders. By now I’ll have a good idea of how the week will pan out and what I need to do on Saturday to have a good week.

When Saturday arrives this is my big day. A good performance on Saturday and I’ll smash the week, if I put in a poor performance I’ll be disappointed. But I throw everything at a Saturday as it’s time when the markets are at their optimal level. This typically translates to trading opportunities as well.

On Sundays, the underlying liquidity of most markets drops off and this is my key rest day. The last house I bought has a large garden and I spend most of my time tending to that and doing anything other than thinking about Betfair trading! Again, on some Sundays I will trade as there are some key events on, but the general rule is to switch everything off. If I didn’t do that, I’d burn out.

Of course, there are exceptions to the rule and if there is a major event on a key day, I will trade it, or dip into the market. But that’s more or less how my week shapes up.

Trading has become easier for me since Betfair changed the API a few years ago.

For the first part of my career, I was mainly trading manual. Bet Angel was always able to do some level of automation either through the main application or through the Excel link. But back in the early days of trading Betfair heavily restricted the number of calls you could make to their API.

But when an update was applied to the Betfair API a few years back this opened up the opportunity to vastly expand Bet Angel’s capabilities, especially where automation was concerned. Suddenly it was perfectly viable to do many things in many markets partially or fully automatically.

It’s like having a whole bunch of free employees actively trading the markets for me or looking for opportunties. Fully automated trading massively expanded my trading capabilites and lit a rocket under my activity when I started seriously pursuing it. You can see the importance of it reflect in the develop schedule and features we have introduced to Bet Angel.

So my trading can now carrying on without me now. Even if I’m not actively at my trading desk, I’m still trading. Something is running somewhere, almost 24×7.

Excluding greyhounds, which would massively distort the number, in the week prior to writing this blog post, I traded 823 markets in total. That may sound excessive, but if you have an edge then replicating it as often as possible is how you utilise that edge. So that’s what I do.

As with most things in life, what often looks easy or skilful. Is often the result of a lot of hard work. You are just seeing the tip of the iceberg in terms of results and, generally speaking, none of the work that goes in behind that result.

Like any sport itself, not everybody has the same trading objective. Some people want to have a walkabout and get around a golf course near par while chatting with friends. But others will be dreaming of winning the US Masters and be out there each day trying hard to get better. They are two different paths and require totally different approaches.

When I set out on my journey I figured it could be life-changing, so I’ve spent my career pushing the boundaries of what is possible. But that requires a lot of work. Your objective shouldn’t be to try and reach some of the things that I can do unless you are prepared to put in the same amount of work.

But if you want to achieve something useful then that’s perfectly possible as well. Just realise that your results will be tied to the effort you put into it and that’s also relative to how hard others are prepared to work.

One of the curious things I’ve noticed about betting markets is that actually, most of the market doesn’t want to put in much effort at all.

A quick tip, a simple trading system is enough for people to think they are doing enough. But if you really want to be profitable, just realise that all you need to do is be a bit better then them. From there, you can decide how far you want to go!