You are here Academy What I’m giving up this year!

What I’m giving up this year! 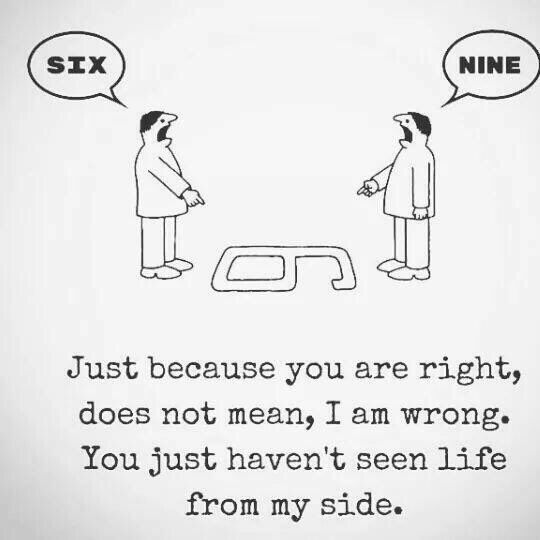 It’s the start of a new year and time to make some new year resolutions, which often involves giving something up. Here is what I’m giving up this year!

For those of you who are not familiar with my story, it’s a simple one.

I’ve been betting since my teens. I once stepped it up to a serious level, but after a while, I realised it wasn’t going to work for me long-term for obvious reasons. So while having a ‘normal’ job, I got into financial markets with a view to that being my way of escaping a traditional career.

Increasingly senior roles and my investment interest led me into the VC circuit, where I took an active interest in start-ups, and that was where I found betting exchanges. I joined Betfair seven days after they opened for business.

When betting exchanges started to gain traction, I decided this was my moment. Despite having a good job, a wife, three children and a mortgage. I quit my job and started betting and trading full-time on Betfair.

Betfair was not something I fell into; it was a conscious choice to do something life-changing. So I set about doing that as best I could.

What was my objective?

Being in the technology industry, I’d seen lots of opportunities come and go. When Betfair launched, there wasn’t an investment opportunity open to me, so I joined as a customer.

It looked like an opportunity to me. Something unique, something where I could put my knowledge to good use. It was the first time in history that if you had a betting opinion, you could actually make money from your knowledge.

My first objective was to be viable, to show that I knew what I was doing and that it would work. Once I achieved that, I had to push on to the next objective. If I was going to sacrifice a career, I needed to make a life-changing amount of money.

If there was one mistake I made, it was to set this bar too low.

Back when I started, I sort of felt that if I could make enough in a few years, I could invest it and do ‘something useful’ with the money I made. I didn’t plan much beyond that.

I started with what I knew but soon expanded into other sports, especially horse racing. At this point, I realised the opportunity was much bigger than I could have imagined.

These sports were matching billions a year. So I went for it, threw everything at it, and worked day and night to find new strategies and opportunities.

That is how Bet Angel was born, out of a need to trade those opportunities.

There was no market for Betfair trading software as there were hardly any traders back then. Most people didn’t even know what Betfair was, and Betfair didn’t even have an API. But I knew if I could create the tools I’d seen in financial markets, I’d be a massive step up on the average Joe using the Betfair website.

And that’s what happened; my activity exploded as we added new features to Bet Angel.

That is a process that continues today.

I get why people are sceptical

I’ve often mentioned that people have been consistently sceptical about what I do and why, but do you blame them?

The betting industry is littered with negative stories, and everybody knows you can’t win when betting.

Then you have this issue: many people claim to be profitable, and they will let you know how if you just part with a bit of cash. Betting for a living for these people isn’t a way of life, it’s a marketing opportunity. I knew that when I saw Betfair promoting people I knew were not successful, that would reflect poorly on everybody, and so it was.

Put on top of this that REAL trading, by its very nature, is ambiguous.

It’s a payoff of profits and losses over many events. That fools many people, and many never figure out that this is their true objective. If you want to know the ‘big secret’ to profiting, it’s right there. You win, you lose, you just can’t choose, but you can push it in your favour.

Consistent scepticism, I feel, is one of the reasons I’ve been able to do this successfully for so long. But it also led me down the path of studying behavioural science, and that, ironically, catapulted me even further ahead.

I remember going to a party once, and somebody quizzing me about what I do. I usually avoid this subject, but after half an hour of interrogation, they chirped up with a forceful question.

‘Well, if you have an edge, surely you should just bet as much money as you possibly can and make a fortune’

To which I replied, ‘That is exactly what I’ve been doing’

What I do, and why it’s possible

My journey through the markets has been a deliberate one, bourne of the opportunity that betting exchanges presented. I was there right at the start, one of the few people that saw the opportunity and did something about it.

I now trade a variety of sports, and I spend a lot of time understanding how markets are priced and how they ‘work’. I don’t have fast pictures, and I don’t use a huge bank or stake amount. It’s just good betting and trading. Most of which is within reach of most people at some level.

All I need is a laptop, Bet Angel and preferably some pictures of the event I’m trading. With pre-off horse racing, I do little to no preparation. It’s pure trading. It’s just me, nobody else.

Most of what I do I consider boring and mundane, but it’s all in an attempt to generally be correct. I know I break even if I have no skill, so I aim for slightly better than random and just try and do lots of sensible things.

I assume the market knows more than I do, so I focus on working within it. Just going in with a sensible stake within the market limits and trying to nip in and out with a profit at a reasonable risk.

I started as a purely manual trader and still trade manually, but over time I’ve slowly automated a lot of my trading. If you have a defined trading plan for an opportunity, then it’s only a few steps from trading manually to trading automatically.

Both styles have benefits and disadvantages, and typically, they complement each other. But overall, what I do is generally straightforward.

My first target was to make £100,000. This was appallingly low in hindsight, and I should have aimed higher as I quickly went through that and subsequent targets.

So I eventually decided to set an incredibly stretching target that would take me, going hammer and tongs, many years to achieve. After Covid got in the way, I’m pleased to say that I finally achieved that last year. But now I’m wondering what to do next?

One thing you shouldn’t do is try and replicate what I’ve done, as it’s way off the scale of normality. You need to be realistic and on your own terms. That’s the best way to progress successfully, especially when trading and money are involved. Build out from a small base at your own pace.

Also, I’m unusual. I’m a bit of a fluke, somebody who turned up at an opportunity at the right time and had the right abilities and guts to pursue it on a scale that’s unlikely to be replicated. I say unlikely because you would have to spend over two decades doing it, with higher charges than I had to pay, in smaller markets.

To give you some insight into my activity, I traded over 40,000 markets last year. I trade so many because I only need a tiny edge to a good profit on that number.

I’m sure you can do the numbers.

To cut a long story short

So to cut a long blog post short, I’ve worked my arse off for twenty years. I did so because there was a massive opportunity to make money betting on sports for the first time, hopefully not for the last!

I started before anybody knew the opportunity existed and designed software when there was hardly any software for Betfair and no API. All because I knew that was what needed to happen.

I’ve now devoted a large part of my life to studying and understanding how markets are priced and function.

But more importantly, I’ve put my money where my mouth is and bet an incredible amount on that knowledge over the last twenty years. My aim was to do something special that nobody had done before, perhaps, something that wouldn’t be easily replicated.

It’s a strange job, but true.

What I‘m not going to do anymore

I’ve thoroughly enjoyed the last two decades, and I’ve been happy to positively promote exchange betting and Betfair trading. The most straightforward way is to show people what I do and why.

When I try and offer advice, I’m doing so from years of experience and risking a ton of money on it.

Of course, summarising all those years into a digestible parcel of knowledge is pretty tricky; it’s impossible. That leaves it open to interpretation. Yes, you can lose, but my job is to look for opportunities, so I’m focused on that.

Here we get to the crux of what I’m giving up this year.

I often point out stuff I’m interested in; usual caveats apply. But I said whatever I did for valid reasons. I’m here trading it, so I just jabber about what I see or do.

But if you want to argue or pick holes, I’m not interested anymore. If there is one thing I’ve learnt, confirmation bias is one of the most substantial human cognitive biases I know. It’s almost impossible to change somebody’s mind once they dig themselves into that hole.

I often feel I’ve overshared, so it’s always amusing when people react negatively to something you had second thoughts about publishing. It was an excellent lesson to understand the deeper level at which the market works.

At the end of the day, It’s perfectly OK to have a different viewpoint from somebody else; that’s what makes a market.

If you disagree with something I’ve said, you may want to consider what I was trying to say, as that may give you deeper insight. But ultimately, the market is a great place to test your theories and opinions.

Ultimately, that is what I’ve done for over two decades now.

I hope this gives you an understanding of why and how you can positively engage with me in that journey.