Top five tips for winning on the Grand National 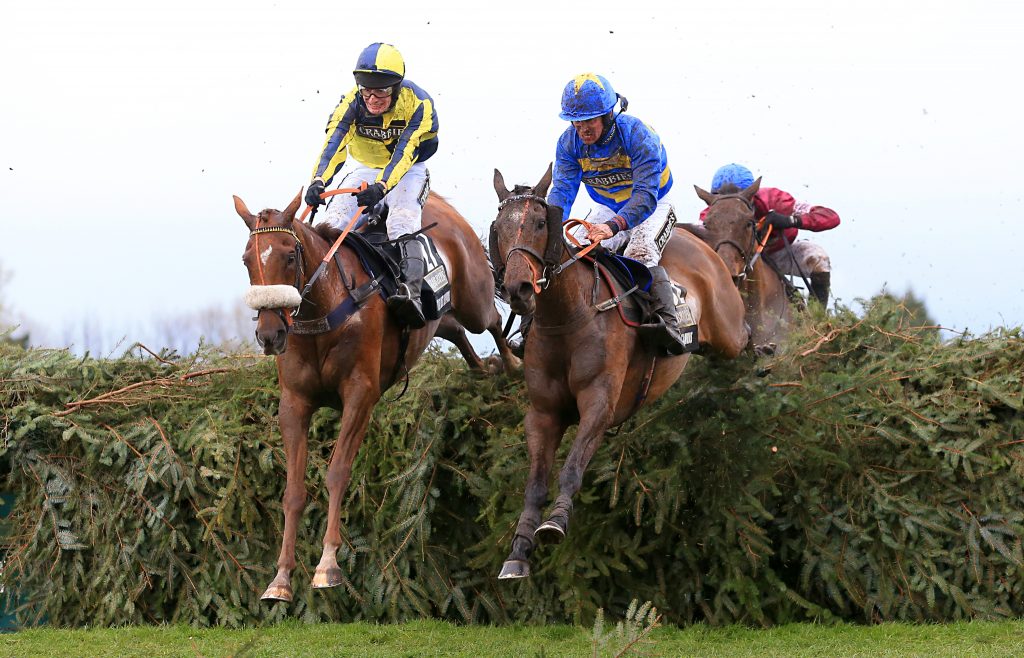 It’s the Grand National and it’s one of the most famous horse races of the year it’s the race that everybody has a bet on, but very few will win.

Here are five top tips on how to win on the grand national this year: –

Place a bet that will win more if you win

My first suggestion for you is to pick a horse at random from the ground national, after all, that’s what everybody else does. If you do this you won’t feel like you’re missing out!

Obviously, that’s the least effective way of doing it and if you pick a horse at random because you like its name or its colours or perhaps somebody ran a news story in it you do basically handing your money over to a bookmaker.

This is because the Grand National is one of the most profitable days of the year for the bookmaking industry as people don’t have a clue who’s going win the race and a lot of pundits have no clue either, so everybody throws a bit of money into the Hat and lo and behold most people lose and it’s only the bookmakers that win.

If you want to put a little more science into it and you’re prepared to dig around in the form lines, some things have generally worked pretty well at the Grand National.

Younger horses have a poor track record and the older horses tend to have a poor record as well, so try and look for horses that are aged under 9 to 10 or around that level. Basically, the more extreme you go out the less likely you are to find a winner within that particular range.

Horses that are handicapped 135 or higher have a good record. Lower than that and they don’t tend to present many opportunities, but also not being top weighted will probably allow you to find a better selection. Top weights tend not to win.

Back more than one horse – Dutching

Using the above tips will help you narrow the field and place a bet on a horse that is more likely to win, but of course, there are 40 runners!

Backing more than one selection using advanced strategies such as dutching. I’ve gone back over 20 years’ worth of Grand National results and had a look at which parts of the fields tend to be more or less profitable.

What I found was that runners one to four tends to be overbet and don’t tend to produce a good result when dutching. Likewise, at the back of the field, you’ve got a range of horses that it probably has no chance whatsoever so it’s better to exclude those so bring your focus to the middle of the field and you’re quite likely to be able to pick up a runner that’s going to win the race.

If you dutch runners five to twenty that has consistently produced a result over many years. That doesn’t mean that it’s going do it this year, but if that pattern holds it’s quite likely that you will profit.

Check to see if there are any horses in the race that have trouble starting the race or often refused to jump.

A few years back there was a horse called ‘Battle group’ I saw on my notes that this horse had refused to race several times in a row before the Grand National. I was surprised to find it running. I can’t imagine how much money was going down on this horse and in sweepstakes and various other methods of finding a winner that was going to be completely wasted. So after I finished trading, I laid him. It was a very very simple strategy, but one that people very often overlook.

Rather than having a bet trading is a great way of profiting from horse racing. The best thing about it is you can profit regardless of who goes on to win the Grand National and even before it has started, sounds crazy but it’s completely true,

I have produced videos on the trading process and an interview with the BBC where I talk about trading so if you want to know specifically what earth is going on there and how I can produce results like the one you see in this blog then watch some of those videos.

You should also visit the Bet Angel blog and read some of the stuff there or better visit the betangelacademy.com where you can do a trading crash course to get you up to speed pretty quickly.

Good luck whatever you choose to do!