You are here Academy The Flat turf season is back

The Flat turf season is back 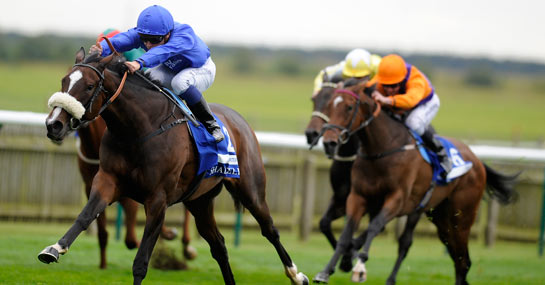 This week marks the traditional return of the flat turf season at Doncaster.

The end of the footy season is nearing, the Grand National is right upon us and the first Golf Major of the year is almost here. It’s a period of transition, but also optimism.

The Lincoln has been going since 1859 and this complex handicap is a traditional launcher for flat turf racing season.

All my stats show that turnover, activity, suitability for trading and all those things, pick up when the flat turf season is in progress. So I’m always excited to see the first race take place. It means I’m on my way to peak season!

During this period we are going through a transitional period on the horse racing. This can be a little disruptive as different race types, over different codes at different stages of the season all jumble in together.

As we move from the National Hunt season to the Flat season proper, the return of flat racing over the green stuff may bring out new horses or improvers from last year.

The Grand National is the big swansong for National Hunt season and that is winding down now, so the quality horses will be put out to pasture and the rest will be scattered around the markets. This means Form lines are strong, so it’s unlikely you will see that much new reflected in the market. With a lack of incentive to build to a big meeting,  the jumps racing loses a bit of steam.

Meanwhile, due to the start-up of the flat season, I will keep an eye out for maidens at this time of the year. These are races where there are horses that may have never seen a course before and they can be quite interesting markets to trade.

So overall, you will tend to find the mix of horses out for the tail end of the jumps season changes the racing a fair bit as it winds down. That makes the markets feel very different. The untested two years olds out on the turf will also mix things up. How do you rate a horse that’s never run before?

So the theme at this time of year is for a different feel to the markets. The week before Cheltenham feels very different to Cheltenham itself and the week after, even more so.

I did a video a few years ago about its impact which is worth a look at, as it discusses the impact on the markets. The quality of videos has improved since then, but the message is more or less the same.