You are here Academy Betfair Football trading – Who scores first? 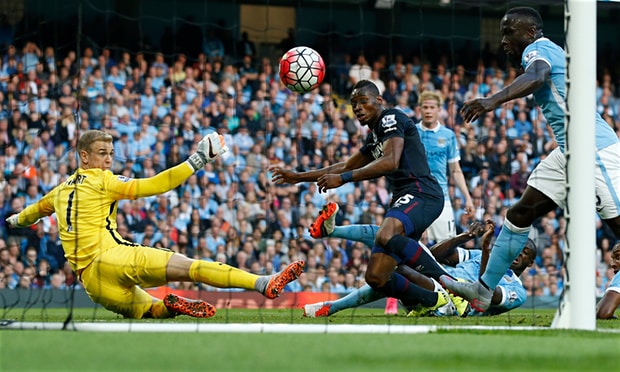 Watch a football match and often you will see the outsider team take a ‘shock’ lead according to most sources. But as you should know by now, it’s something that occurs more often than you would think.

How often does the away team score first?

Not only that, you can have a lot of shots and still not score. The chance of a goal from a statistical perspective is interesting because goals are ‘rare’.

Goals are fairly randomly distributed but biased in favour of one team or another. This plays out over the very long term, but in the short term, this lends itself to seeing outsiders taking a ‘shock’ lead more often than you imagine.

How often does the home team take the lead?

Here is a question – ‘If the home team is priced at 2.00, which is a 50% implied chance of winning the match, how often do they score first?”

Most people assume it would be somewhere near the implied chance of 50% as that would seem logical?

After all, that is their chance of winning the game, so scoring first must roughly equal that over the long term. If the market is efficient, which it is and goals are not scored very often, which is also true. Then surely the long term chance of wining a match must be similar to the chance of them taking the lead?

The reality is that they actually have a slightly better than even chance of getting the first goal, but it’s only slight.

The really interesting fact is that as you shorten the odds, the differential between the odds and implied chance gets smaller as the home win becomes more certain.

This was the first chronic mistake you can make when betting or trading on football. The shorter the price of the home team, the less chance they have, in proportion to the chance of winning the match, of scoring first. It’s odd but true.

From a trading perspective you want the opposite, what you are keen to see is a ‘shock’ first goal. That will shorten long odds to much shorter odds, so that’s where I hunt. I pretty much deliberately avoid the obvious.

Backing a home team with a 70% chance of winning the match than a 60% chance. Will only improve that chance of scoring first by 6.5%.

But if you look at the away team scoring first it rises by the same amount between a 40% to 50% chance of a home team win. That’s much more likely and easier to spot. Even if the home team is as short as 1.33 there is still around a one in five chance the first goal won’t go to the home team.

Watch the video for some of the other specific statistics.

The summary is, that it pays to look for the unusual, rather than the obvious. In this case, away teams score first far more often than their odds, or most people’s intuition, suggest.

The strategy of trading on one team or the other depending on who scores first should be taken with a pinch of salt. It’s more for fun, as it will be hellishly difficult to make a profit in the long run. If someone wants to have fun, they should use the free Betfair exchange simulator, rather than play for real money 🙂 BTW, I recommend using the simulator to anyone regardless of experience :p