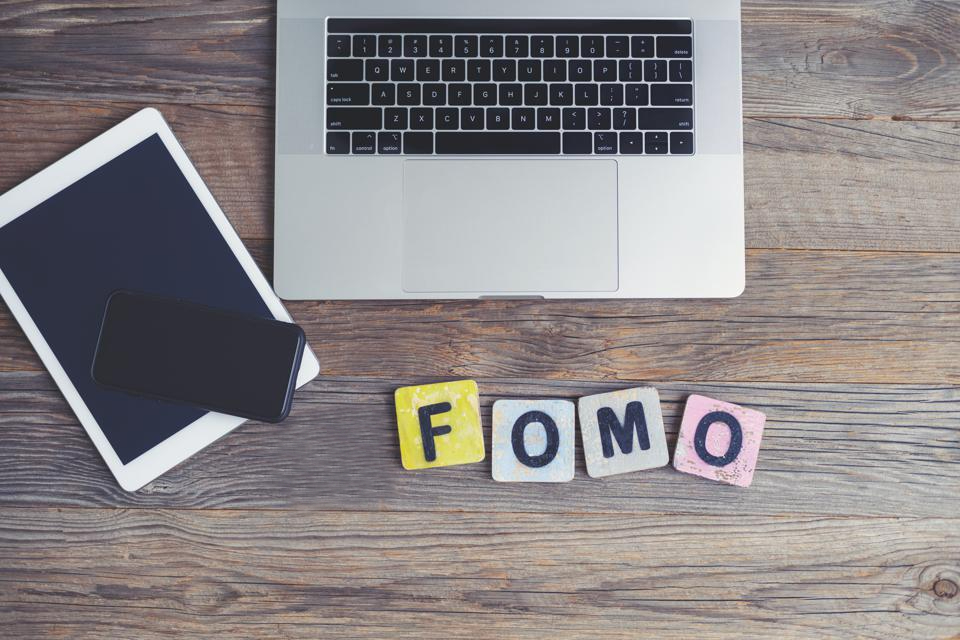 They would drift past the aisle and think, well, if I don’t buy one, then I won’t have any as they’ll all be gone, so I’m going to buy some! You can also see this kind of thinking manifest itself in financial markets and sports of all different types. However, the funny thing is it can lead you into a trap.

It’s straightforward to get involved in something. You see it in general circumstances, where people cotton on to something and then people don’t want to miss out on that. So they end up getting sucked in with the bandwagon effect.

What is the bandwagon effect? Well, everybody else is doing it, so I need to do it! People just lose all sense of judgment regarding whether it actually makes sense to do that or not.

“But I could make money on this…”

When we look specifically at financial and Betfair trading markets where money is involved, that is dramatically amplified because all of a sudden, you’re going to fear losing money on that as well.

This describes why a lot of people struggle with trading, but it also beautifully describes exactly where the best points are to be within the market., where you can play all of that to your advantage.

So let’s examine exactly how that comes to play out, why that is the case, and more specifically, what can we do about it?

How to spot a FOMO theme

There are several ways in which you can use the FOMO factor to your full advantage, and the first way that you’re going to look at when a day develops a certain theme. We mean by a theme that there is a recurring pattern that occurs during the day that starts the FOMO factor. It fires up a little bit of psychology, and then you can anticipate how that will manifest itself going forward.

The clearest example that I can give you is when a jockey wins a couple of races or a trainer, and so people start betting on the next race on that basis. So people put two and two together, make 325.6 and use their last two races as the basis that they’re going to bet on the next race.

That’s driven by this case of noting something that has happened and deciding to project that pattern forward. Typically, when you get just even a little bit of backing in the market, people see the backing, prompting them to back the whole thing snowballs.

To take advantage of this, keep an eye on how a day develops because that may give you a clue as to how a future race could unfold. Let’s say that there’s a very heavily backed horse in the first race and that horse loses or wins, and then you start to see backing activity in the second race. If you spot a repeating pattern, you can exploit it from a Betfair trading perspective.

When you start to pick up on a theme, your role as a trader is to begin to anticipate how that will manifest itself in the next race. So that’s the first way that the FOMO factor can develop itself and how you can exploit it.

However, there are other ways there are a little bit more subtle, and curiously, this is by going against it.

Imagine you turn up to the market, and you can see that it’s been in a long trend, and you’re thinking should I join that long trend? The interesting thing is, unless there’s a theme behind it, you may want to adopt a strategy that opposes it.

Now how do you oppose something that’s in a strong trend? Well, the interesting thing is that if you get, say, for example, an overnight gamble or some steady backing on something. Typically there’s a price at which people aren’t willing to back it any longer, especially if there is no current theme behind it.

So if there’s a series of gambles going on, then that qualifies as a theme. But if this is just an isolated runner that starts to steam or maybe it’s drifting dramatically, it can work in both directions, then you may want to look at opposing it on the other side.

Or perhaps there’s not much time left in the market for you to be able to ride that trend for very long? If that’s the case and if those things are in place, then I suggest you go against it.

Understand how to catch the wave

You will find that when people arrive in the market, they enter the market by looking at the price, which then becomes their anchor point. If the price starts to come in from that particular point, people notice those prices coming in to believe they should do something. They may also feel the urge to see some confirmation? As the price comes down, that confirmation gets stronger to the point at which they feel obliged to press the button.

Now, at that point, the price starts to head back in the other direction. I’m sure that you’ve all seen this because I’ve experienced it as well. How frustrating it is that when you do one thing and the market seems to do the other. When talking to people about trading, people complain that the market’s fixed or it always seems to do the opposite of what they expect, but it’s a prevalent trend within any trading market.

So the point at which the person gets involved in the market typically is right at the bottom of that particular trend. At that point, people who are in the market much earlier are deciding to start to get out. Therefore, this person will hold on and hold on as the price heads back in the other direction. It starts to create a potential loss for them, and at some point that pain becomes too much. Typically that point is the anchor point that they saw within the market, so they bail their position at that point.

Guess what happens now? Well, the market then comes right back in the other direction. If you experience this regularly, you are being bullied by the market, anchoring your trade incorrectly, and succumbing to the FOMO factor.

Going against the trend can benefit you

If you’re in a market and there’s no underlying theme, and it feels like you’re a bit too late for a trend to develop or for you to catch a trend, then consider going against it. You will see me doing this on a range of different videos where I catch the market either at the top or the bottom of a trend, exploiting this characteristic.

Generally speaking, all of the smart money was in much earlier, then we reached this point of sort of exhaustion where it suddenly becomes lay value or people who’ve had large positions start cashing it out. What I’m trying to do is looking for that heavy backing activity to stop, for the market wobble and stabilise at that particular point and then it will be near the lower end of its trading range.

That’s the point at which I get in the market to try and ride it as it goes back out. I do that for two key reasons:

Very often, you will get a lovely reversal at this particular point within the market.

So it’s slightly different from the first example we looked at, but it relies upon pretty much the same underlying psychological characteristic.

I have done articles in the past on these topics and the second version of FOMO, which is basically where people pile in too late, and the market starts to reverse, where that trend has basically come to an end.

So the interesting thing about the fear of missing out is it’s based around scarcity and fear of loss. You can identify that in the market; you can anticipate that particular scenario and profit from it.

If you apply some of this knowledge to how you interpret and look in the market, I’m sure you will pick up on this opportunity too.

The post How you can use the FOMO factor to find high-quality trades appeared first on Betfair trading blog | Expert advice from Professional Betfair trade.

This entry was posted on Saturday, July 17th, 2021 at 6:20 pm and is filed under Blog. You can follow any responses to this entry through the RSS 2.0 feed. You can skip to the end and leave a response. Pinging is currently not allowed.