How to use the Draw bias in horse racing markets 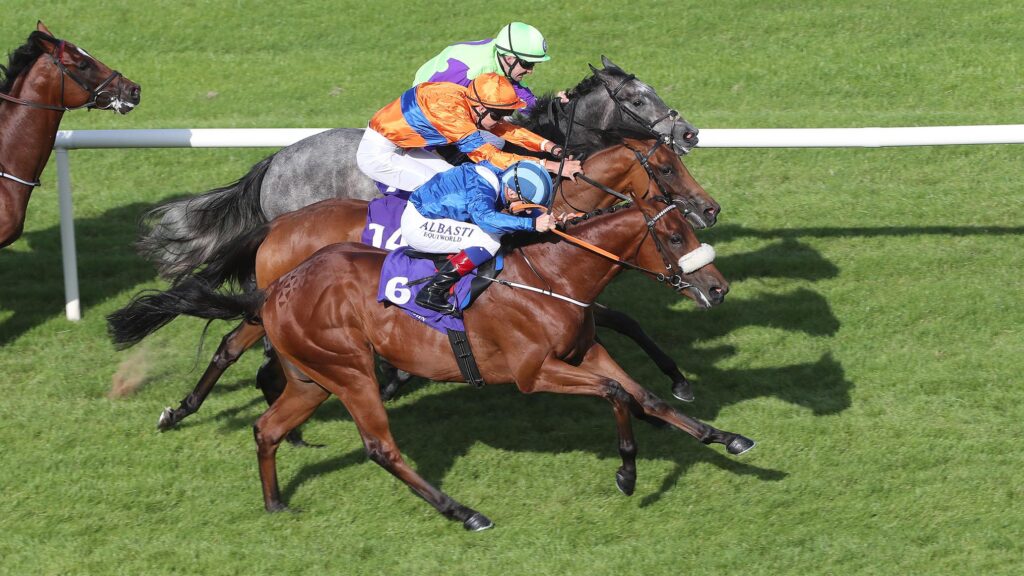 What is draw bias?

Draw bias is the tendancy for horses at some tracks to win more often that horses drawn in different stall positions. To understand draw bias, we need to look at the starting stalls.

During the flat season, where timing is much more critical, it is common to load the horses into stalls. The stalls are numbered from the rails outward, with the lowest draw being near the rails and the highest draw being furthest from the rails. There are some anomalies, though, and the stalls’ failure to operate correctly could see a flagged start. At Salisbury racecourse, it’s not possible to put stalls at the 1m6f start, so no stalls are used.

In much longer races, like those during the jump season, horses will be gathered together in some kind of order before they start. Because these races are over much longer distances and include fences, any advantage at the start is considered minimal and starting stall unnecessary.

With stalls it’s important to note that on both sides of the courses you have rails and the stalls will sit on one side of that, depending upon the way that the course goes round. As a consequence, a horse that’s near the rail will tend to do a little bit better, it is said to have a ‘favourable stall draw’.

The outperformance exists because not only can the horse follow the rails easily, but it will also run slightly less distance than some of the other horses as well. To fully understand how the draw bias works and how the stalls will affect the draw bias, what you need to do is to actually look at individual courses.

How the course can effect draw bias

When you look at races like Ascot that are over five furlongs to a mile, the horses will just belt down that course as it’s simply a straight line! In fact, when Ascot was redesigned, the course was made to be relatively flat and drain well, so the going is pretty consistent across the entire flat racing track. Extending the course to run flat over even ground has balanced out the racing from the round course.

This means there isn’t a significant draw bias at Ascot when run on a straight mile as each horse in the stall has a roughly equal shot due to the lack of curves in the course and the consistent going.

It’s important to note that going can affect the draw bias. If you have a front runner that is drawn away from the good ground, you may find that they try and find that ground at the start of the race. Big fields will also affect the impact draw bias as horses shuffle for position and are further from the rails.

In comparison to Ascot, Chester is a course where the bias is really well understood.

If you look at the circuit on Google Maps you can see that it’s almost circular. Unlike staggered starts in athletics, they don’t stagger the stalls to balance out the inefficiency of running on the outside of the track. Therefore Chester has a really strong draw bias, especially over shorter distances.

At Chester, you can see that the draw bias on somebody in a higher stall is significant, whereas somebody’s drawn on the low end of that is obviously going to benefit from grabbing the rails and running a shorter distance.

So when you look at individual courses, each of them have their own specific draw bias. So how could you use this?

Using draw bias to your advantage

A helpful tool to understand what courses have the strongest draw bias can be analysed on a website called: ‘https://www.drawbias.com/‘. It talks through all of the individual courses, all of the individual races and the different lengths which is very helpful when exploring this phenomenon.

But don’t forget that field sizes, the going, running stels and different parts of the course can affect the exact impact of the draw. Esssentially you are looking at draw and pace most of the time. You can see how I use pace heat maps and run style combinations in other blog posts.

If you look specically at the automation within Bet Angel, we do actually allow options to use the stall draw. The reason we put the stall draw in there is so that you can actually take advantage of draw biases.

There is no question that certain courses produce different results to other courses and that will manifest itself in a number of ways. The winners who are likely at to win those courses, the percentage off set that you can do when you’re looking to Dobb or things like that, they all vary according to individual courses and to trading strategies as well.

The important thing to realise is that in UK horse racing, there is no standard type of course. When you look at the courses in the UK they’re wildly different. They produce different results and favour some horses more than others, whether it’s across certain distances or certain biases .

Understanding draw bias is very useful as it can be used within any specific trading strategy especially in-play Betfair trading strategy If you want to learn more about taking advantage of applying automation to courses that have a very strong draw bias, then watch this video.

The post How to use the Draw bias in horse racing markets appeared first on Betfair trading blog | Expert advice from Professional Betfair trade.

This entry was posted on Friday, July 2nd, 2021 at 11:41 am and is filed under Blog. You can follow any responses to this entry through the RSS 2.0 feed. You can skip to the end and leave a response. Pinging is currently not allowed.