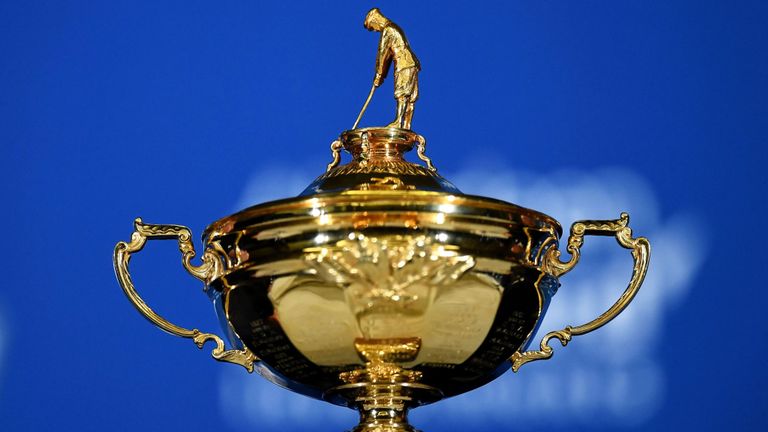 Why the Ryder Cup is different

The Ryder Cup is very different from other golf betting tournaments right from the opening ceremony through to the way it’s played and how.

Qualifying for the Ryder Cup Europe team has become an aim for any top PGA tour player and the captains will probably not need to motivate the players much, even if you are a seasoned major winner. People like, wildcard Ian Poulter, will require little motivation!

The key golf majors are stroke play tournaments, which means that over the course of four days, the players have to get around the course in the fewest number of strokes possible.

This means your trading strategy has to be different for something like the Ryder Cup. The Ryder Cup is a match play tournament where each individual game that takes place you’re battling to win a hole, rather than get a low score.

How do you win a hole? Say there is par 5, you’re trying to win that hole against your opponent by trying to complete that individual hole in fewer shots than your opponent and if you do, you get awarded a point. However, if you both end up getting the same score then the hole is halved. At the end of the round or when you have won enough holes you win the match and the point goes to either team. You can also halve the match and share half a point.

On the Ryder Cup points are allocated to, or between, European players and American players and then the winner gets a point added to the team score at the end of each round.

The Cricket T20 of Golf: Incentive to Score

In The Ryder Cup, the style of play is very different, the best way for me to paraphrase this is it’s a Cricket T20 for golf. It makes a bit more exciting because you have to go for the shots. You must win the hole on some occasions, so the player or group will go for it.

Think of normal golf as the Test match equivalent of cricket. You’re defending most of the time and you’re playing defensively whereas in the Ryder Cup and in match play tournaments there’s a huge incentive to go for a shot. If a player is a hole down at some point and there are not many holes left, then they’re going to try a few of those trickier shots in order to try and pick up a point or two.

Match-play Formats at The Ryder Cup

In traditional match play tournaments, it will be one on one, player against player, going off to try and win their individual match by winning as many holes as they can against their opponent.

However, in the Ryder Cup, you have different formats mixed up and there are two teams (Euro Vs. the USA). It may be that an individual player doesn’t play in the first part of the tournament (effectively they’re benched) but then will play in the singles a bit later on.

There are a variety of different formats within The Ryder Cup.

This is where two players from each team (the American team and the European team) go together in a group of four (hence the name). They hit alternative shots, one player will go up and tee off and then, on the fairway, the other player will play the next shot. That happens on both teams, they alternate, so if your colleague gets you in trouble and finds one of the water hazards, you’re going to have to dig yourself out of that trouble and vice versa. The players end up playing alternate shots throughout the rest of that particular match.

There are four players in each Ryder Cup Team in this format. However, the player now has their own individual ball to play for a hole and then the player that gets the best score is the one that goes up against the opposing team score. It’s a slightly more forgiving format, so you don’t know specifically what’s going to happen.

Both of those formats are very different from what you would see in traditional golf and it makes it a bit more exciting and a bit more variable as well.

This happens on the last day and it is where the players play against each other and the captains or vice-captain of each team will strategically select players to go against players on the other side. On that last day of the singles, is often where the overall tournament is won or lost. But it can also throw up some unusual things.

In short, you get three different formats of match play in the Ryder Cup, all throwing off different trading characteristics on Betfair.

What type of trade?

If you are going to trade on Betfair, just how does the market trade overall?

Overall, I would expect the volume for it to be around £10-15m across all the markets, it has been higher but I feel that’s about what to expect. Around two-thirds of that will go on the outright winner market.

You can bet or trade Europe, USA or Tie. Think of the Tie like the draw in a football match, if one team starts to pull away from the other then obviously the price is going to drift but if it gets very tight and maybe you’ll see the price of the tie (the draw) start to come in a little. Whether you buy or sell risk in this market, you could consider the outright winner market a long-term type of trade.

Those are the three key trading options and that’s quite a big trading market. Below that, you get the match odds market, which will be the Four Balls, the Foursomes or The Singles where you have Group A against Group B and the Tie or a Hole to be Halved and those generate a fair amount of liquidity.

Overall these trading markets will generate £4-5m over the course of the tournament. If you look at all of the other small markets, they account for loads of little bits here and there, but not much overall. Therefore it will be the outright winner market and the individual match markets that account for the bulk of the liquidity.

If we look at the individual sections you know you’ve got the foursomes the four balls and the singles. Interestingly enough (although maybe not surprisingly) they all trade similar amounts of money.

At the last couple of Ryder Cup, you were looking at about £1.5m per individual groupings, so despite the fact that there are more players per group in the four balls and the foursomes, they overall trade about the same in total. So what that’s telling you is that in the individual singles matches will be slightly lower liquidity than the four balls and the foursomes. You probably want to narrow your focus to good position trading and short term trades in the individual markets.

If you look at the four balls that tend to be the most varied. I went through all the Ryder Cups since 2004 and looked for occasions where more than two selections traded below odds on. What that means is when a team gets into the lead it probably makes sense to lay them at fairly low odds in the anticipation that the other team will come back into the match at some point that works particularly well on four balls.

If we look at the foursomes that’s a little bit lower because the structure of the foursomes is different and they have different incentives to score. At the bottom of the list, we get to the singles on the last day, because we’re talking about the group effort of singles we’re not talking about a strategic play here. They’re just trying to win, so as a consequence about two-thirds of those will trade odds on and still go on to lose. However, the price at which that occurs will be a little bit lower.

There’s a gradual sliding scale in terms of the chance of players or matches trading odds on and the price at which they reach because the outcome is going to be more or less certain. The incentive to score or to try and go for an amazing shot varies across individual markets and individual groupings.

When you look at the singles, if a player is desperately in trouble and he could lose the hole, he may just go for a wild shot. If he’s got nothing to lose and he’s about to lose the hole why not to go for it.

However, when you look at, for example, the four balls you may find that there’s a little bit of co-operation in terms of the way the players are likely to play, given how they’ve played their first couple of shots. Overall, what you tend to find, is the match odds markets produce some great trading opportunities, they’ve got reasonable amounts of liquidity and you’ll very often see some quite variable outcomes on those individual matches.

There are lots to get stuck into, so I hope you enjoy the Ryder cup, where you are watching, betting or trading!

This entry was posted on Wednesday, September 22nd, 2021 at 11:13 am and is filed under Blog. You can follow any responses to this entry through the RSS 2.0 feed. You can skip to the end and leave a response. Pinging is currently not allowed.